Hello All, in honor of my book being available for purchase today on Amazon, here, I wanted to share this serious post about Suicide as this is one of the themes that is dealt with in my novel.  Now whatever you do, do not look up suicide on google images like I just did, there are some really disturbing pics that come up and it really brought it home to me how serious this topic really is.  Not that I ever thought it was a laughing matter or not serious, but if you see images of blood etc, you get real serious, real fast.  It is one thing to talk about it and another to see the results.  Below I try to explain why someone might want to kill themselves, because that is an aspect of suicide that I am all too familiar with.   I hope that this post, like my novel will convince you that ending it all is not the answer.  There are reasons to live!  So many.  So without further ado, From the Business End of a Loaded Handgun… 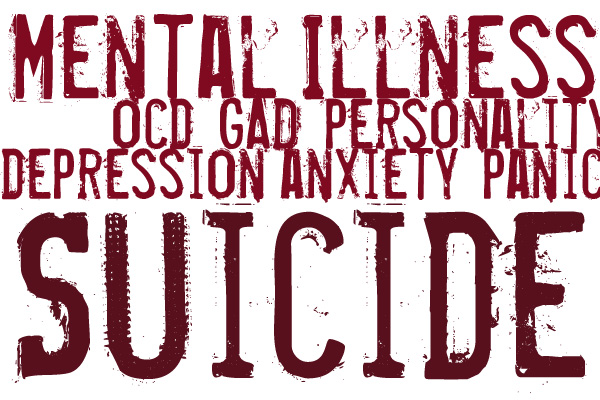 Suicide isn’t something I’ve touched on too much with this blog yet, however it’s a pretty big theme in my novel and one that has touched my own life, so I thought I’d write a bit about my own experience with it.

Suicide isn’t really something you can joke about.  And I think it’s often misunderstood.  Frequently people think, why did they do it?  They can’t imagine how someone could throw their life away because most people cling to life.  They don’t want to die and are in fact afraid of dying.  I on the other hand and I’m sure many others who suffer from mental illnesses like I do, can understand the reasons behind why someone would take their own life.

When you have a brain like I do, or like someone with OCD, GAD or personality disorders etc. you often have “too much” going on in your head.  Now, not to over simplify because I am sure there are instances where this isn’t true, but I sometimes like to think that how I feel is the opposite from how someone who cuts themselves feels.  (I know that sometimes these things can go hand in hand, so bear with me here). I think often for cutters, they feel dead, they feel that they cannot feel anything.  They cut to make themselves feel something.  Or in some cases it may be a sort of self-punishment.  For me, I feel too much.  I have too many bodily sensations and far too many thoughts.  Some of them are quite obsessive and I’m a big worrier as well.  I try my best to rationalize my fears, but often they are crowding my head at an alarming rate.  After a while of dealing with both the physical feelings and the mental thoughts it can get really really annoying to be me.  And not only do I get annoyed, I get frustrated, angry, exhausted, and depressed.  It’s like being vigilant at every moment and it’s impossible for your body or mind to sustain it.

When I start to feel this way my first desire is usually to sleep or just hide away because I need my brain to stop and I need my body to stop.  Eventually though all the stimulation makes death begin to look kind.  I’m sure lots of people don’t understand this at all so I’ll be completely honest here.  What basically happens to you is that you are so miserable alive, that life is such a prison for you, that death, the opposite of life begins to look like a peaceful, calm, serene place to be, a way to escape the mind and body.  Life becomes undesirable.  It becomes a trap.  Death becomes the ideal, the perfect place and everything else falls away.  Every reason to live, every good thing about life, none of that matters anymore.  All that matters is to stop feeling the way you do, to stop the rushing thoughts, the fear, the compulsions.  This is the truth behind suicide.  Death and suicide begin to look beautiful, welcoming, starkly and blessedly empty when set beside a life that is hell.

And when this happens, when you really want to get away from yourself so much, when you hate yourself, and hate your brain and hate your responses to everything, you just want it to stop and you will do, at that point, anything to make it go away because there doesn’t seem to be any other way.  Literally you are stuck inside your own brain, you are you for as long as you are alive.  You never wake up as someone else, you never live in someone else’s brain or experience anything but the world through your own eyes and after a life time of letting your dysfunctional brain boss you around, you just want to stop the ride and get off.

Personally I have been to this dark place, however I have never attempted to kill myself.  Partly I think because I am a wimp and physical pain of any kind makes me squeamish and partly because in the back of my mind, hidden away were the positive aspects of life and I just couldn’t do it, no matter how much I longed to destroy my own brain, my own responses to things.  But I can completely understand how death begins to look beautiful.  It represents so much that you cannot easily attain while alive, however it also comes with a terrible price and that is the permanent loss of everything that is good about being alive.  So, I don’t think that it’s worth it.

There are other ways to achieve peace while alive.  Meditation is one good way.  I am an extreme novice at Meditation, but there have been moments where I could shut off my thoughts and that was just as beautiful and peaceful as the idea of death.  And I think if you practice at it, you could become good at getting to that peaceful place and you would realize that life is worth it.  And if you can find a way to calm the thoughts and the body and can make some kind of life for yourself, some kind of human connections, life is worth it.  Afterall, it is your life, your chance, your time.  I don’t think anyone should let a mental illness take that away from them.

My stance after feeling this way was that I would not let it hold me down.  I would not let it punish me even more than it already had and it had already done plenty to try to ruin my life.  I wasn’t going to let it take my life too.

I’ll write a bit more about this later as there is a bit more to say.  I have even recently thought about death as the final, ultimate way to escape myself.  My thought was, if this gets too bad, if I can’t stand it for another moment, I can stop it.  I do have control to end it.  And I think that control is what we crave when we have no control anywhere else in our lives.

Best to all of you and I hope I’ve explained this in a way that makes sense and if you are on the verge of suicide, talk to someone, don’t suffer alone, don’t let your mental state gain the upper hand and force you to take the one thing you really do have, your own life.

2 Comments on From the Business End of a Loaded Handgun