I’ve had anxiety for a long time. I’ve had what I would consider panic attacks for a long time as well, in fact ever since I was 10 years old. That means that my thinking patterns and fears have been hard wired into my brain since I was a child and have continued to function (disfunction?) within me for over 20 years now. These are some deep seated issues that it’s not going to be easy for me to eliminate any time soon.

One of the biggest issues I have with therapy and working on my anxiety is that I’m not crazy. I know this because the kinds of fears I have are not completely illogical. They may be over blown, but they aren’t illogical or out of left field. For example:  I have a fear of embarrassment, especially related to bodily sickness/functions in social situations. I think everyone has this fear. No one would enjoy being in the car with a friend and start to feel sick and have to ask them to pull over so you could…ah hem…yeah. No one would want to continue feeling sick and continue to ask their friend to pull over for them, time and again. Even the best of friends would probably be either grossed out, annoyed or begin to wonder if there was something “wrong” with you in every sense of the word.

Alternately, I don’t think there’s anyone who would think it was cool to continually have stomach upsets that caused multiple trips to the toilet while at lunch with a friend or co-worker. I don’t think anyone would relish the idea of becoming sick while out on a date or having drinks with friends in a busy crowded restaurant where you have to wait for the toilet in agony. I also don’t think anyone would like to be on a subway or bus and have to go immediately and not have access to a bathroom. No one likes feeling that way. Luckily for most people, this doesn’t happen very often. But for me, it happens all the time and avoiding the social death/embarrassment it could cause is very difficult.

Most of us social humans have social boundaries that we wish to keep and social norms that if broken are frowned upon. I mean, you’ll even see articles online about how you can’t poop in front of your mate, even once you’re married! Don’t ever stop being sexy!  Don’t let your mate know that you poop! That’s icky and gross and unsexy and disgusting! Tell me, do we have hang ups about our bodily functions?  Yup, most of us do. It’s not socially acceptable to even mention them, nor have them! This blog post itself is flying in the face of social convention.  How dare I write the word poop!  UNACCEPTABLE!!  REPREHENSIBLE!!

Plus on top of these fears of bodily excrement are the fears that someone will think you are crazy.  Perhaps not all of us have had to deal with this one, but I personally have and know that there are many others like myself who are worried their friends will slay them behind their backs, wondering “What the hell is wrong with Victoria?  She’s gross and weird!”  If you were in one of the situations above where you kept getting sick and panicked during a social situation, your friends would likely conclude that you either A: are always eating something bad/have an unreliable digestion system, i.e. Ewwww!  B: have a strange mental condition, C: are weird/fucked up. And lets say these aren’t even your friends, but your co-workers and this kind of behavior happens EVERY TIME YOU GO OUT WITH THEM.  What are their thoughts then going to be regarding your “socially unacceptable behavior”? Whacko? Crazy? Fucked up? Bad guts? Substandard innards? Mentally lesser? Not stable? Untrustworthy? Poor self-control? Gross? Disgusting? A social pariah? Not an acceptable person to fraternize with? What will they think when you start refusing to go out at all? Nah, being a shut in? That’s not weird or crazy! No one would give you shit for that choice!

Probably all of the above. And none of us wants our friends, family or co-workers to think that we’re less mentally than they are or that we’re disgusting or gross because we seem to constantly have indelicate bodily “issues”. So that’s another reason why this whole deal is something you really don’t want to happen. And when you don’t want something to happen? What’s gonna happen?!?!? 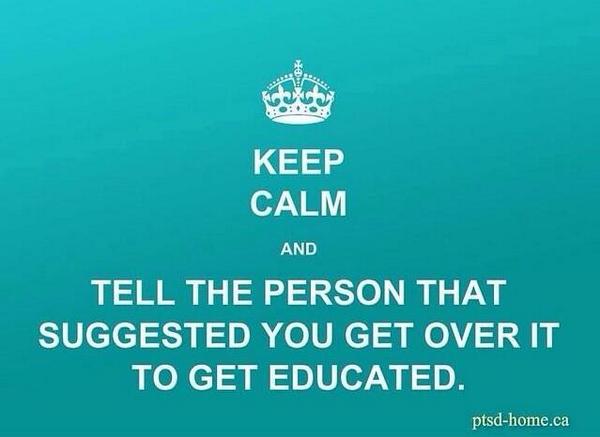 So yes, I blow my fears out of proportion, but you will agree when I tell you that there are some pretty intolerant people in the world. There are people who “don’t get it.” There are people who will judge the shit out of you and gossip about you behind your back and call you names and make assumptions. So don’t tell me I’m the crazy one. I didn’t make up this society or the way it works. I’m just trying to function within this shitty system. (Shit!?!? HOW DARE YOU!! RUDE!! You are socially repulsive for using that word when you know the socially unacceptable horrors it implies.)

And because my mind is of the rumination/obsessing variety, I’ve spent a lot of time thinking about these things that you only think about now and again and in fact I’ve had a traumatic experience where I freaked out as a child which led to my life long obsession with these exact issues. Most of you probably don’t have a brain that works this way. If I’m not exceptionally distracted or busy, my mind will start thinking on a monumental scale. Heaven forbid this mind starts ticking like a bomb. The things it will harp and obsess about! And there are people out there who would tell me, think about something else, distract yourself, etc. Well, if your brain never acted like mine, how can you know that it’s easy for me to distract myself?  It might work for you, it’s does not work for me. I am still able to think the negative terrible thoughts, through any distraction. The distraction would have to be enormous for me to be distracted. I can “think” through the Apocalypse.

Now I’m not saying it’s impossible to therapize yourself out of your “crazy” thoughts, but it’s not an EASY thing to do. I know that my thoughts are a bit on the illogical side, but I also know that there’s truth to my fears as well, which is what makes them so damn terrifying to me. Plus I’m so hard wired to think this way that I don’t even need to think the thought before my body begins it’s typical reaction to fear i.e. doing the socially unacceptable activities that we shall not mention or acknowledge, EVER. It’s a circle.

Therapy would ask me to face my fears. What do you think would happen if I went to dinner with friends sans meds? Do you think my mind would be able to concentrate on the conversation at hand or do you think I’d begin to slip inside my own lightning fast thoughts of fear? Do you think I might already be prepared to panic even before we sit down because I’ve already determined this is a scary situation fraught with social repercussions if I start to feel ill? What do you think I could do in this situation to make it successful? How could I stop myself from sub-consciously reacting to this situation that has been deemed scary to me since I was 10 years old? Do you think I could some how disengage the automatic link between my body and mind and stop myself from feeling sick in a socially unacceptable, disgusting, need the bathroom now manner?

And do you think my fears are crazy? What would people think if they didn’t know about my mental condition and suddenly I was sick, time and again? What would they think if I always left social events early or made excuses? Do you think I’d get that “look.” The “you’re nuts” look?  Of course I would! I’ve heard people talk about other people before who likely had issues like mine and they were not kind!

I still don’t think we have the kind of empathy for mental conditions that we seem to have for other issues. And until that happens and until we’re a lot more accepting of our own bodily functions, I just don’t see how I can fight my fears. I can tell myself that “logically” my friends/co-workers and family members will still like me if I continue to be unacceptably sick, but logically I also know that if it were me and my friend was constantly sick or constantly stinking up my bathroom at my house or the public restroom, I might begin to feel a little grossed out. And I’m actually someone who has more empathy on the subject than most people because I know what it feels like!

So what do you think? Is this problem solvable with a little thought switch-a-roo? Subsitute thought A for thought B and everything will be just peachy keen? Or will I be unable to accept thought B because I’ll know it’s bullshit? Plus how do you break the sub-conscious automatic mind-body connection? I’ve asked every therapist I’ve ever seen and no one has given me a good answer. They all claim that I’ll have several successful social situations and suddenly I’ll be cured and realize that it’s no longer scary. I just don’t think this is true. I’ll have several traumatic situations and I’ll be even more damaged. In theory, Doc, your ideas seem smashing. But give me a little credit, I’ve lived this for 20 years, I’ve tried your “face it” method and it hasn’t been pretty. You’ve only read text books.

There is literally something wrong with my brain where I think too much. Perhaps meditation could quiet my thoughts. I’m not sure, though I have tried this to some extent. But so far nothing has been successful, so I continue to “not try hard enough” to fix myself and to take the easy way out with meds that actually do seem to make me obsess less and thus panic less and thus have more fun socially (hmm..are they fixing something wrong in my brain that causes me to obsess?).

Have your say: If someone asked you to change your ingrained thinking patterns, would you be able to do it? What would it take?

6 Comments on Does Therapy Work for Social Anxiety?