What’s crackalackin airheads? I recently received an email from the cool peeps over at Man Crates, self titled as the “most awesome gift in the world,” which it just might be, as I think Mr. VS would very much enjoy using a crow bar to force entry into his own manly gift. It sounds right up his alley!

This kind of sarcasm is just my style.

Man Crates has this sweet crate called the Old School Crate that contains bangin’ items from the awesomest generation, yup, the darlin’ babes of the late 1970’s and 1980’s. Admit guys, we grew up RIGHT! Check out that SLINKY in the Old School Crate!  I’d like to get my hands on that bad boy and let it take a trip down the stairs and then find it later all tangled up in itself. Remember how they’d get a little crink (for lack of a better word or even a real word?) and then it wouldn’t sit flat anymore or walk? Man, those were the days of childhood joy followed by frustration. We were tough little shits. Our slinkies broke and we kept on truckin’.

Anyway, I digress as I always do, Man Crates thought it would be dope if I gave them some sick props by writing a blog post about what I’d put in my Old School crate. I thought that sounded like a bitchin’ idea. There’s so many sweet 80’s and early 90’s items to include! It’s a good thing they didn’t give me a size limit, cause I’m def gonna exceed the tonnage requirements. Man Crates, are you ready for the shipping charges?

First off, I’d have to include one of these sweet Sony Walkmans. Look at IT!! It’s so glorious. I remember once when I was camping with the old ‘rents, I was tossing rocks into the lake while listening to my sweet radio dubbed tunes, when my finger got caught on the head phones cord and I flung my favorite bulky music listening device into the drink.  Opps, I’m such a spazz.  I mean what a space cadet! Like, as if! I do believe that this stunning piece of technology continued kicking despite it’s trip into the lagoon.

And speaking of Walkmans, remember the MIX TAPES! OMG, the mix tapes were crucial. I think my favorite part was waiting for my jam to come on the radio and then rushing over to the boom box (AHAHA! SWEET) and pushing record. I love it when you’d also get a bit of the DJ or a commercial in at the end of the song because it’d be forever emblazoned in your head and associated with that song and the next one because of how often you’d listen and rewind that tape. You’d basically get rewired to hear that song, with its custom radio mix-tape intro. To this day I have song associations with weird little radio clips. Remember Rick Dee’s and the weekly top 40?

And whenever I think about cassette tapes, I have to remember all the funny shit me and my best friend would record!  We made up our own radio station and we’d play music from this badboy in the background: LOOK AT IT!! The Yamaha DX7! I think I’d have to have one of these in my crate too!

Guys, this right here will tell you why the 80’s were the BEST time to grow up!  Well, maybe for nerdy bookworms like me who love themselves a pizza pie as much as the Ninja Turtles.  Basically for those youngsters not in the know, Book It was this program where if you read a certain number of books you could go to Pizza Hut and get a personal pan pizza for FREE!! Sweetest deal ever. So not only would my Old School Crate have to have a book it pin (did anyone ever really wear these?) but the deal with Pizza Hut would still have to be legit.  Is it?  I don’t know, but I could really use a personal pan pizza right now. And if the deal was still legit and adults could partake, I’d be getting myself a free personal pan on the DAILY with all the reading I still do. Booya Nerds!

Here’s an incomplete list of the stunning fantabulous theatrical features of my childhood. Really, today’s movies and shows can’t even begin to compare! (Okay, maybe today’s shows can compete, but not the lame-ass movies)

Back to the Future Trilogy (Doc Brown is the best)
Star Wars Trilogy (nuff said)
Goonies (“Down here it’s OUR TIME!” and “Rocky Roooad!”)
Space Camp (Space and robots are terrifying)
The Ninja Turtles (90’s movie version)( Just watch it, seriously)
Indiana Jones Trilogy (I’m in love with Harrison Ford)
The Never Ending Story (This movie freaked me right out with that weird dog/cat flying thing and the wolf and the swamp)
Flight of the Navigator (Aliens are terrifying and sort of cool)
Honey I Shrunk the Kids (the effects, at the time, were pretty sweet! Remember the lego and the ant! Anty?)

Punky Brewster
The Facts of Life
My 2 Dads
Small Wonder
Captain Planet
Star Trek the Next Generation (Thanks DAD!!)
Reading Rainbow (with Levar Burton! “You don’t have to take my word for it.” God, listen to that theme song!)

Other Fave Items of Note:

Slap Bracelets. No regular bracelet could compare. Hours of endless mindless slapping fun. Until it wouldn’t slap no more.

Grow foam farm animals from some kind of weird suicide pill in the tub?  Or dinosaurs?!  HELL YES!!
The lame task of cleaning myself would become way more fun. Best swimwear ever!  We called this the “French” bikini.  So fine. So European (so we thought). I’d totally rock this today. I had one with bows on the sides.  The weird circular tan lines were to die for! Like totally!

I would kick some little brother ass with this thing!! These little reeking plastic bubbles remind me of the beach.  Fun and polluting for all!

Look at those fugly things!  We actually wore those in our hair with a glam side pony
and some sweet plastic florescent hoop earrings.

I totes (HA! totes) kept my nail polish and disgusting cheap perfume in a Caboodle.  Baby Soft anyone?

These shoes were deadly in the summer.  Sticky, sweaty, cutting, extremely uncomfortable.  All in the name of 80’s fashion ladies! 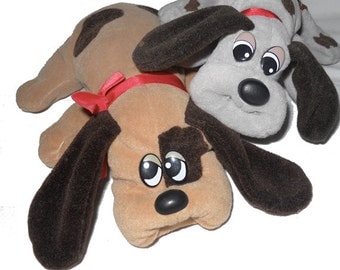 I had two Pound Puppies, but a friend of mind had Pound Kitties, I was soooo jealous! LOOK AT ITS TAIL!! And that FACE!!

If only I had had this trapper keeper, my childhood would have been complete.

My dad had this game. I loved killing space invaders! pew! pew! Dyno-mite! Sadly, I never had the Barbie Dream House.  But one of my friends had a version of the Barb’s house.
Man that Barbie, what a ditz, eh?

Anyone up for playing doctor?  I remember the little foam piece in the stethoscope and the weird half-rubbery way the plastic felt.

I was obsessed with legos when I was a kid.  Friends had the pirate ship, the horses etc.  I only had my brother’s legos to play with.  Lame. I totally wanted that big tub of legos so I could build houses to my heart’s content. For serious!

We had a sandbox, matchbox cars and Tonka trucks.  They were rusty as hell, but still sweet. I could spend hours making roads and playing construction crew.

My brother had these exact orange Matchbox tracks.  Super fun!

I never had my own Tinker Toys, but gawd…look at it!  So sweet!!! I wanted the ferris wheel. Never got it.
I could play with these for HOURS, I  kid you not!

My friends had a Big Wheel.  Man was I jealous! I can still hear the crunchy sound these make on a driveway.

These moon boots were boss! Cha-buddy! I never had a banana seat, but whoaaaa (Blossom reference)…to roll up in one of these …classic!!
Bombdiggity! I’m such a wannabe…I never had a bike this cool.

I never had this, but whenever I got to play with it, I played the hell out of it. Play Doh was dope. 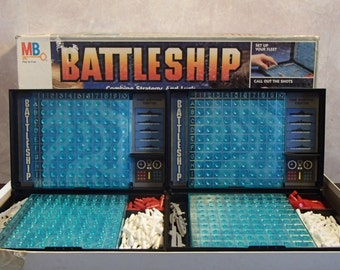 Teddy Ruxpin – I dunno, he just kind of scared me. His mouth was dying to take off a finger.

Light Bright – I’ve got a love/hate relationship with this toy.  It was cool, but also boring. Light Bright, I expected MORE hours of fun.

Mr. Potato Head – Same thing…there are only SO MANY OPTIONS!! I’m sick of putting the same mustache with the same nose!

If I had all of these amazing things in an enormous crate, I would never come out. You’d find me in there after days and days, all amped up, still playing with Pound Kitties, Tonka Trucks, Legos, etc.  Work? What’s work?  I got 80’s shit to play with!  Bite me! What’re you mental? Most definitely!

I gotta bounce, so take a chill pill, get real and check out Man Crates! Cheeuh!

Just an insider tip, you may want to invest in a Zombie Annihilation Kit. Just sayin’ better safe than sorry.